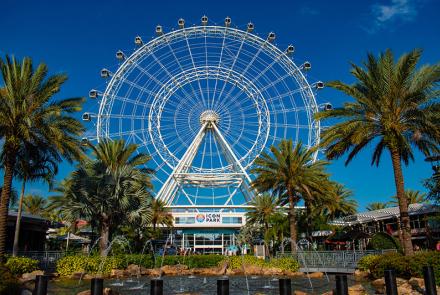 Pets are really important to us here in Orlando and we have a very special connection to every veterinarian in Orlando.

People in Orlando enjoy a variety of fun with their pets, like going for jogs and lounging outside. All of this is made easier by the fact that Orlando is an amazing place to live.

Orlando is a city in Orange County, Florida, and it is the state’s largest inland city. The City Beautiful is also known as the Theme Park Capital of the World. Being a local in Orlando is about soaking up the sun on the weekends and living in the place everybody wants to be.

Orlando is mostly known for its theme parks, and it is one of the world’s most visited tourist destinations thanks to Walt Disney World and the Universal Orlando Resort. Additionally, the city is home to the biggest university campus in the country, the University of Central Florida.

The industry in Orlando is highly focused on tourism and high technology. Major manufacturing facilities in the city include Lockheed Martin, Mitsubishi Power Systems, Siemens, Delta Connection, and Hewlett-Packard. Of course, theme parks, hotels, and restaurants are also significant employers in the region.

Orlando is home to a variety of cats and dogs but, of course, some locals own exotic pets as well. Veterinarians in Orlando see all sorts of reptiles, birds, and pocket pets (like hamsters and guinea pigs) in their offices. If you want to get up close and personal with exotic animals, you can visit one of the local exotic animal encounters which feature sloths, kangaroos, deer, and more.

Like any other major city, individuals who live in Orlando and Orange County must abide by specific ordinances and regulations. For example, all dogs must be walked on a leash. If your dog is in public and not at an off-leash dog park, you must have a leash no longer than six feet long. Dogs are not allowed to be at public beaches or on school property. Additionally, local regulations prevent dogs from barking loudly and being a nuisance to others.

You can read more about local ordinances online.

Have you decided that now is the perfect time to adopt a pet? Cats, dogs, bunnies, reptiles, and other pets can be found at some of these organizations and shelters:

Dog parks allow you to let your dog run off-leash for a while in a fenced-in area. The park provides a great opportunity for dogs and their owners to socialize. West Orange Dog Park and Downey Dog Park both offer special areas for small dogs to play separately from larger dogs. Other parks in Orlando include Barber Dog Park, Barnett Dog Park, Independence Dog Park, Young Pine Community Dog Park, Summerport Dog Park, and others.

Perhaps you are ready to take your dog to pet-friendly events and festivals. Obviously, locals love to visit the animals at SeaWorld Orlando, though you cannot bring your own pet there. Instead, you might consider bringing your pet to the Orlando Dog Mom Club Pride Parade, held in the fall. Barktobefest and the Global Pet Expo are both excellent opportunities to enjoy social time with your pooch.

Today, Orlando is home to about 280,000 people and receives tens of millions of tourists every year. Orlando is the sixth-largest metropolitan area in the Southeastern United States and the third-largest metro area in the state. The city experiences relatively high population growth, which means veterinarians in Orlando see more pets year after year.

Are you excited to learn more about Orlando? Check out these links:

Here in Orlando, we love cats, dogs, reptiles, birds, and even the more exotic pets. In Orlando, loving our pets is easy because we live in such a beautiful place. As the center of the Orlando metropolitan area, our city is nicknamed The City Beautiful. As part of the Sun Belt, it makes sense that the weather in Orlando is gorgeous. The region accommodates lakes, swamps, wetlands, and other intriguing geographical features.

Orlando is a cultural center. The live music scene, which is conducive to metal, hip-hop, rock, reggaeton, and Latino music, is alive and well in the city. In addition to rich nightlife, the city also offers theme parks like Walt Disney World Resort and Universal Studios Florida. Shopping is also another major pastime in the city.

As an urban center in Florida, Orlando hosts a variety of fun events. They include the Florida Film Festival in April, Whiskey Business in April, MegaCon in May, and Fireworks at the Fountain in July. Best of Orlando, Halloween Horror Nights, and Come Out With Pride are also fun opportunities to celebrate and socialize.

The oldest structure in Orlando is the Historic Mizell Plantation Home, which was established in 1858. In the late 1800s, the area became rich in citrus. Homesteaders were able to make a living for a time, until citrus barons swooped in and took over the industry. In the early 1900s and 1910s, Orlando became a destination for relaxation—and that trend has continued.

Orlando is home to about 280,000 people, and the area attracts about 51 million tourists every single year. The population density of the city is about 2,327 people per square mile. Additionally, Orlando is Florida’s largest inland city and the fifth-largest city in Florida. Additionally, Orlando experiences high population growth even when compared to the rest of Florida. Orlando can expect to see an increase in growth in the future.

Find the top veterinarians in every city in Florida