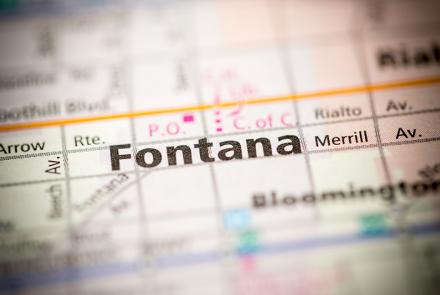 Pets are really important to us here in Fontana and we have a very special connection to every veterinarian in Fontana.

Veterinarians in Fontana have a strong understanding of the deep connection pets have with their owners here in the city. Our San Bernardino County city has a rich history. If you have been thinking about moving to a new city with your beloved pets, Fontana is the place to be. When you consider our warm weather and entertainment offerings, you can see exactly what that is.

Fontana is most notably associated with the Auto Club Speedway. The city also boasts a large library, historic theater, and the Kaiser Steel Mill. The Steelworkers’ Auditorium is also a great way to venture into the local arts scene. You can also day trip to Los Angeles, excursions in the desert, and drive up and down the coast for more attractions.

The economy in Fontana is largely based on transportation, including trucking, thanks to the I-10, I-15, and State Route 210 crossing through the city. Auto and industrial equipment sales are also critical to the local economy. The biggest employers in Fontana include Kaiser Permanente, City of Fontana, Target, and Fontana Unified School District.

There is no denying that dogs and cats are the most prominent pets in Fontana, but that does not mean you will not find opportunities to engage with exotic animals and wildlife too. Forever Wild Sanctuary is one place that educates the public about wild animals. Veterinarians in Fontana can point you toward regulations for owning exotic pets in the city.

Fontana has several pet laws in place to protect pets and their owners. Dog licensing is one of the regulations in the city. You must license your dog within 30 days of moving to Fontana or acquiring a dog over the age of four months. You can submit the application for a license at City Hall if you bring your animal’s rabies certificate and spay or neuter certificate

Other regulations pertain to animals running at large and animals causing a nuisance by barking. It is also illegal to have non-domestic animals in captivity and vicious dogs at large. If you do have vicious dogs, you must comply with certain guidelines. Additionally, pit bulls and pit bull mixes are required to be spayed and neutered in the city.

Are you looking for the perfect pet? You will find plenty of opportunities to find pets in need of homes. Check out these resources to get started:

Dog parks in Fontana offer a great opportunity to spend time with your beloved pets. Fontana Park is a great place to explore with your dog. Dog parks in Fontana and nearby cities offer separate areas for small and elderly dogs that need a break. They also offer plenty of acreage for more excited dogs to get out some energy.

Some events are perfect for spending time with your pet. The Fontana Halloween Howl is one example held each October. The event includes a dog costume contest and trick or treat extravaganza. The Halloween Trunk or Treat Spooktacular is another fun event if you want to spend time with your pooch on the holiday. Other events include Pictures with Santa and other winter holiday events.

Fontana is home to about 211,815 people. Recent estimates show that Fontana is the 19th largest city in the state. The population density of Fontana is about 4,924 people per square mile. Veterinarians in Fontana are sure to see an increase in the city’s population of people and their pets.

Does Fontana sound like the perfect place for you to live? Check out the city’s website to learn more.

If you have ever been to Fontana, you know how much we love our pets. We have a deep connection with our pets in our San Bernardino County town. Our city is bordered by San Bernardino and Rialto, and it often is the victim of dry Santa Ana winds. In the summer months, Fontana can reach temperatures of 100 degrees Fahrenheit. Winters are mild, and they can provide a great place to raise a family or pets.

You will find many ways to pass the time in Fontana. The Auto Club Speedway brings in a lot of tourism and makes a significant difference in the local economy. Even if you do not love NASCAR races, you can still find plenty of fun activities to do in the city—especially if you love architecture and history.

Fontana is somewhat urban, though some people who live in the city may commute. You will find plenty of fun events to attend during your time in the city. The Festival of Winter is one of the most prominent events throughout the holiday season. You can attend the Fontana Christmas Parade or Tree Lighting Ceremony as part of the festivities.

The economy in Fontana is based on transportation thanks to the three major highways that pass through the area. The biggest employers in Fontana include Kaiser Permanente, City of Fontana, Manheim Auctions, Coronado Stone Products, Better Beverages, Target, and Fontana Unified School District.

Fontana was founded in 1919 by Azariel Blanchard Miller. Until World War II, it was relatively rural. Around that time, Henry J. Kaiser built a steel mill there. Today, it has grown into a city rich in industry. After the plant was developed, Kaiser developed a medical facility called Kaiser Permanente. It is now a large managed care organization known throughout the United States. In the 1950s, racing became a feature of Fontana culture. It remains a big part of the local economy today.

Fontana is home to about 211,815 people. That makes Fontana the 19th largest city in the state according to official estimates from 2017. The population density of the city is 4,924 people per square mile, and the median age of those who live in the city is 30.6 years.

Find the top veterinarians in every city in California