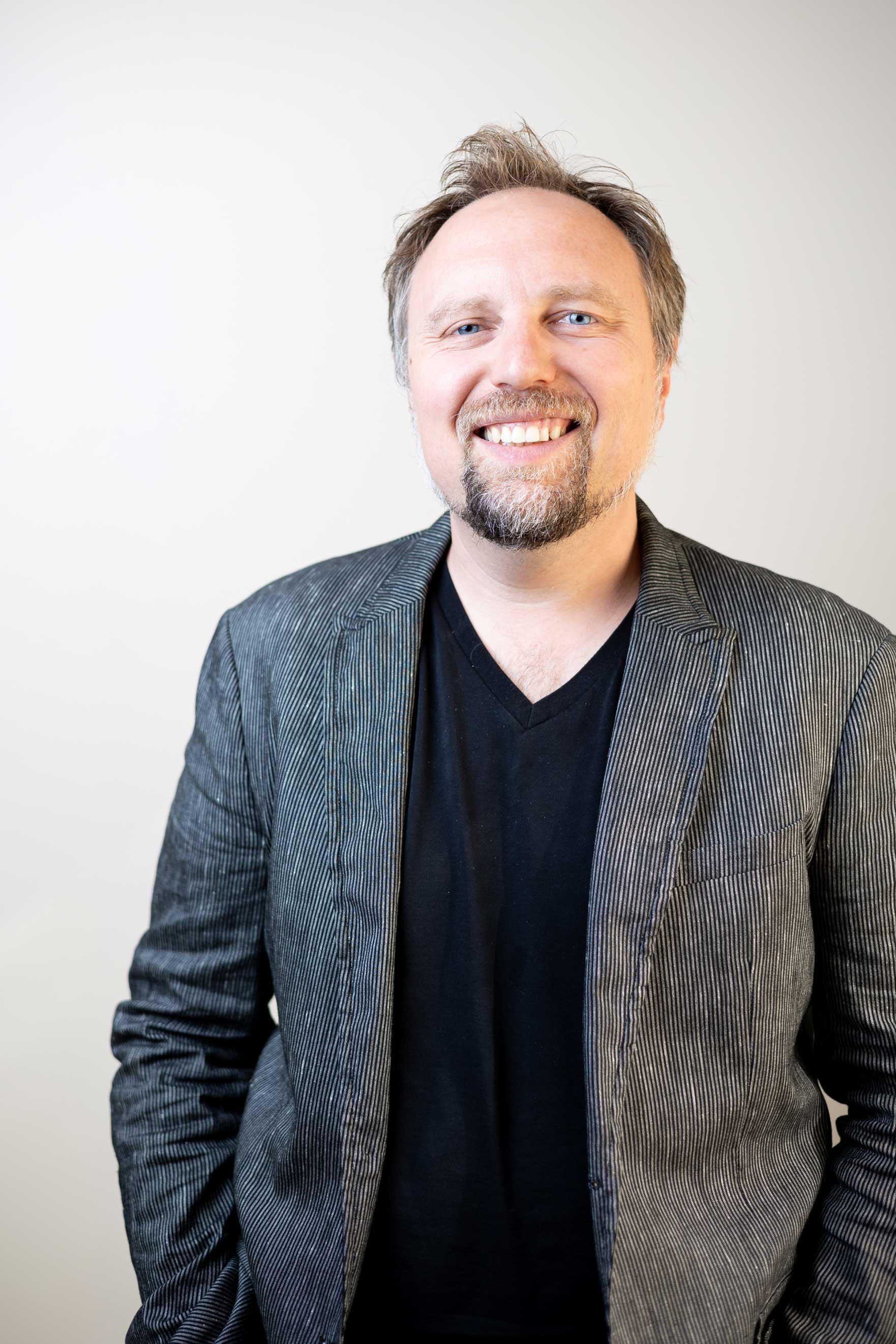 Share a few sentences about your professional background and what drew you to GeniusVets.

I built and led full-service agencies for most of my career, culminating with delivering many big, complex websites and 7-figure marketing campaigns for national brands. I started growing my first agency in 2009, which I sold in 2013. I then became a partner in the acquiring agency, working on behalf of bigger clients and brands like Thermo Fisher, Harmon, Vizio, World Wildlife Fund, and others.

In doing this work, I found that while running an agency was fun and energizing, I didn't like the business model. In particular, doing so many different kinds of work was exhausting for the team, and they could never really develop mastery of the work since it was constantly changing. So I wanted to specialize in a particular industry that would let me build a team of true experts that would totally dominate all competitors in that space.

Meanwhile, I had already been working with Dr. Michele Drake on marketing her veterinary practice, which had grown to be one of the most successful in the country – not just in terms of its revenues but in terms of staff retention, culture, and community reputation. So I felt that many of the approaches Dr. Drake and I had developed could be applied to other practices around the country.

Dr. Drake had such a strong drive to help her profession and bridge the growing digital divide between veterinary consumers and the average veterinarian who was still stuck in the communications strategies of the 80s and 90s. I was also able to recruit David Hall, a colleague from earlier in my career and a true rock star of digital marketing, and with the three of us together, I knew we could create a platform that would be transformative for this industry. And also – puppies and kittens!

What do you love about your role?

The ability to foster a team of real "A players" and help them grow and achieve their full potential. Along with that, the ability to deliver a product and service that is truly miles ahead of any other competitor, so we are really helping our clients grow and thrive.

Dash, Golden Doodle—a sweet and handsome boi, generally amazingly well-behaved other than his unfortunate taste for rugs and carpet.

Passions or hobbies outside of work

Music – I play bass and sing backup vocals in an indie rock band; I've performed professionally since age 13 and have toured nationally, performing for sold-out houses coast to coast and having a chance to perform alongside amazing artists from Jack Johnson to UB40, the Black-Eyed Peas, Widespread Panic, Ray Manzarek of the Doors, and many others.

Do you have any hidden/unique talents?

I'm a pretty good cook – a crispy salmon and creamy cauliflower risotto meal is one of my specialties (all keto).

What is one thing you've done that most people have likely never experienced?

What's a personal or professional accomplishment that you're really proud of?

Founding GeniusVets is the accomplishment I'm most proud of.

On a more serious personal note, I think I'm proudest of having helped my kids overcome the passing of their mother from breast cancer when they were 7 and 5 years old. It was tough, but I did "whatever it took" to ensure they came out the other side to have an amazing life despite such an unfair start. This included quitting my high-paying job and taking a 70% cut in pay to be with them full-time. I think many people would not have had the courage to do that, but I knew it was the right thing to do. More than anything, I credit my training as a Scientologist for how well things have turned out – this gave me real skills and knowledge to help them process the loss and kept me in a strong enough place mentally and spiritually to put them first even when I was working through my own grief. I'm now remarried with one extra kiddo and have a truly amazing life which I am thankful for every day.

Have you had any funny animal encounters?

I once had a cat named Maverick, who was raised with a dog. He literally thought he was a dog and would pant, "bark," and even howl at the moon.

On a Sunday morning, you'll find me…

Back in the day, you'd find me dragging myself home after a late-night gig in some random city and passing out on the couch ... these days; you'd most likely find me working on GeniusVets, hiking, playing guitar, or just hanging out with my kids.