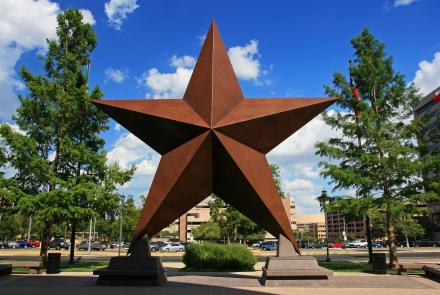 Austin, Texas is quickly becoming known as “Dogtown, USA”, as so many public spaces welcome these four-legged friends. In fact, more than half of Austin households include pets, and dogs and cats are so beloved here that it is “the largest No Kill community in the nation.” Austin residents adopt pets by the thousands, and the Austin Animal Center reports that roughly 3,000 cats and 4,500 dogs were adopted via their facility in 2018. When you consider the growing “hipster” vibe in Austin, Texas, it’s no surprise that these folks are pet lovers - or that they want the freedom to bring their dogs with them to coffee shops, book stores, and parks whenever they can!

Austin is known for its modern innovation. “Hipsters” are often young, educated, innovative professionals, and while they enjoy the arts and festivals - like Austin City Limits - they also enjoy professional and technological growth. This all comes together in the annual South by Southwest event, taking place in Austin. The fun-loving, artsy side of the city attracts tourists, while the emphasis on education and innovation makes the city a hub for high-tech businesses—both factors driving Austin’s thriving economy.

When you consider that Austin’s unofficial motto is “Keep Austin Weird", it's not likely all that shocking that many of its residents have shown a growing interest in exotic pets. You can even find educational events and children's birthday parties involving reptiles, sugar gliders, and more.

But because Austin is such a “Dogtown", canines tend to have the run of the place. As a dog owner in Austin, you might want to think about such ordinances as:

You can find more details about pet ownership laws from the Austin Animal Center. It is important to note that the State of Texas requires that all dogs and cats receive a rabies vaccine starting at 4 months of age.

There are so many dog-friendly options for outings in Austin. Dog parks are popular, of course, but, you can find “doga” (dog yoga), farmers markets, restaurants, and even clothing boutiques where pups are welcome.

Ready to adopt a pet in Austin? If your home could benefit from the companionship of a new kitten, a purebred dog, or anything in between, your new furry friend could be waiting for you at:

To enjoy the many local dog parks, think about whether you’re looking for on or off-leash, swimming, natural resources, or even cocktail and refreshment options for people. Visit websites like Austin Local to find just the right fit for you. Don’t forget that:

You can find a lot of pet-friendly celebratory and charitable events around town all year long. Keep an eye on calendars like this one to help you plan! For instance, you might want to celebrate the fall with doggie costume contests, parades, and flyball demos at the P & F Pet-Toberfest.

As the capital of Texas, Austin is home to nearly 1 million residents as of a 2016 population estimate. Austin is largely home to folks on both ends of the employment spectrum: many of its residents are highly-educated recent college graduates or recent retirees. This city is currently growing, but construction is relatively slow and unable to keep up with the demand for new housing. This is a significant factor in the potential for growth to slow sharply.

For more information about the city of Austin, visit:

The Texas capital, Austin is nearly centrally-located within the state. Austin generally enjoys quite mild winters, but summer in this city tends to be very hot. The long summer gets extremely humid and, though the area may be prone to droughts, when it does rain, flash floods are also a very real risk.

Naturally, summers like this make water sports popular for tourists and locals alike in Austin. Lady Bird Lake is a beautiful site-seeing location, but you can kayak, canoe, or paddleboard on the water as well. Get a great view of Lake Travis on a ziplining adventure, or relax and cool off while tubing down the Guadalupe or San Marcos Rivers.

Downtown Austin is both urban and modern, and the city’s suburbs are often sought-after home locations for families and young professionals. With that urban city backdrop, Austin’s Zilker Park hosts the annual music festival, Austin City Limits. Over two long weekends, you can watch the world’s biggest bands take the stage, but you’re also sure to discover new talents to add to your playlists. Nearly every musical genre is represented in some way; just choose a stage, watch, and listen! Additionally, the annual South by Southwest festival showcases even more music, but also celebrates film, business, innovation, networking, and more. In fact, it’s more than just a festival: you can think of this event as a conference, job fair, film festival, concert venue, and educational opportunity - all in one!

The major industries in Austin focus on technology, pharmaceuticals, and biotechnology. Due to the notable events like Austin City Limits and South by Southwest and the presence of many tech headquarters in town, the Austin economy is uniquely driven by both the arts and technology. Sometimes called “Silicon Hills”, this city’s businesses and employers include Facebook, Google, Apple, PayPal, and Samsung. Here, you’ll also find the largest campus/cohort of the University of Texas, with over 50,000 students and 24,000 faculty and staff.

Formerly the small village of Waterloo, it was chosen as the capital when Texas became its own independent republic for a short time. Steeped in history, Austin was named for Stephen F. Austin, who was known as “the father of Texas". In 1893, the construction of the Great Granite Dam on the Colorado River helped cement the city’s place as a stable and sensible site for settlement, manufacturing, and general growth.

The “hipster” is the stereotypical Austin resident, rather than the “cowboy” often associated with Texas. To that end, it’s no surprise that unofficial motto is “Keep Austin Weird", which is in homage to quirky yard art, wacky food truck offerings, and “indie” music found throughout the city.

As of a 2016 population estimate, Austin, Texas is home to nearly 1 million people, making it the 11th largest city in the nation.

Find the top veterinarians in every city in Texas